Based on our original show, ‘Parental Advisory’, this sketch comedy TV/web-series is currently airing in Colombia but will have some sketches available on Facebook and Instagram worldwide. Produced by LuloFilms and Canal Capital.

As your children grow into young adults there are numerous adjustments you must make as a parent. Difficult choices. Harsh self-realizations. Profound failures.
One oft-overlooked developmental stage is when your kids start swiping your clothes to wear.
Below, I outline the 5 stages you will go through:

Extremely pleased to have been hired to write one of these episodes for Cream Productions and Investigation Discovery. Looking forward to seeing it on the small screen.

More details can be found in this Realscreen article

Interesting Hollywood Reporter article on how current animated films are taking on traditional “toxic-masculinity” roles in such films as Into The Spiderverse, Ralph Breaks the Internet and the Lego Movie 2. I quibble with some of what the writer talks about and in fact, I’d argue that she misses the point about what these traditional stories are attempting to explore. In many ways these movies are just  old wine in new bottles and are doing so in a pretty obvious ‘of the moment’ virtue-signalling way but it’s a good starting point for discussions about what makes a ‘good man’. MORE

The latest humour/parenting post on POP CULTURE: The Dobler Effect where I discuss the cautionary tale of following the advice in ‘Say Anything.’

That line is from the great Gen X teen romantic comedy film, ‘Say Anything.’ In it, good guy optimist oddball aspiring kick-boxer Lloyd Dobler (John Cusack) invites the beautiful and brainy valedictorian Diane Court (Ione Skye) to the high school graduation party – and, to the amazement and respect of all and sundry, she agrees. But more than that, people surprisingly respect Diane for saying yes. Lloyd and Diane go on to have a summer romance which her father (John Mahoney) sabotages as he fears this with threaten Diane’s academic future. Dobler does not quit but wins her back with a grand romantic gesture. [MORE}

I had an amazing time shooting our new comedy web series Sherlock@Home, about a former cop now stay at home dad who solves neighbourhood mysteries. We were blessed with an amazing cast and crew. Special shout outs go to producer Elena Lombardi and director Jaime Escallon of LuloFilms who made it all happen.

I can’t wait to share the actual show with everyone. Stay tuned. 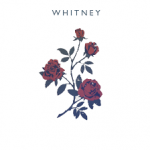 I like Whitney. I really do. I bet they’d like me if we met. I went to their latest concert in Toronto and thoroughly enjoyed their solid, albeit slight, output. By now you may be waiting for the ‘but’ so here it is: But I’m not sure why they released Light Upon The Lake: The Demos a mere year after dropping said debut. Was it to show how very similar their final product is to the original demos? Was it to show how the final polished album is better, with a cleaner sound, sweeter vocals and a more driving feel to it? Or was it to show that there isn’t a whole lot of back catalogue material for them to draw upon?
[MORE]

Latest Output by Whitney: “Light Upon the Lake: The Demos”

Read the best of COMEDY TV Show ideas and synopses from around the world.

Chris Rock and I Part Ways Over a Bully

I just saw Chris Rock in concert. It was a great night with some very funny pointed stuff. While I’m a fan of Rock’s, I can’t speak definitely on the history of his material though one routine about keeping your daughter off the pole being the mark of a good father is a great bit about parenting  delivered in a very funny, obscene way. I found some of his material (particularly about men v. women and relationships) rehashed and, since his bitter divorce and custody battle, more therapeutic ranting than comedy. But  the audience generally lapped it up.

He had this new bit about bullies though that I keep thinking about. Essentially he has put his daughters into private school and when he went to the orientation he heard how the school was proud of its no tolerance of bullies policy. His response was nearly to pull his daughters out of school – they needed bullies to make them tough and ready for the real world where bullies even get elected president. I get it. It was a joke. And kinda funny. But it got me thinking, which is the mark of a good comedy show in my book.