As your children grow into young adults there are numerous adjustments you must make as a parent. Difficult choices. Harsh self-realizations. Profound failures.
One oft-overlooked developmental stage is when your kids start swiping your clothes to wear.
Below, I outline the 5 stages you will go through:

Extremely pleased to have been hired to write one of these episodes for Cream Productions and Investigation Discovery. Looking forward to seeing it on the small screen.

More details can be found in this Realscreen article

Interesting Hollywood Reporter article on how current animated films are taking on traditional “toxic-masculinity” roles in such films as Into The Spiderverse, Ralph Breaks the Internet and the Lego Movie 2. I quibble with some of what the writer talks about and in fact, I’d argue that she misses the point about what these traditional stories are attempting to explore. In many ways these movies are just  old wine in new bottles and are doing so in a pretty obvious ‘of the moment’ virtue-signalling way but it’s a good starting point for discussions about what makes a ‘good man’. MORE 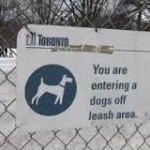 My kids compete over everything: who can wash their hands first, who gets to sit at the head of the table, who makes the best Perry the Playtpus chitter. Everything. And it’s maddening. I usually just tell them to stop arguing over stupid stuff like that or I’ll send them to their rooms so I can get some peace and quiet.

That said, I realize what mostly bothers me is that they’re competing over stupid meaningless trivia (like who has the best Pokémon card) rather than stuff that matters – see, I am actually OK with being competitive for stuff that matters.

We’re following the, so far for Canada, awesome Winter Olympics and, when we heard on the radio that Canada had for the first time ever led in the medal standings, my 8 year old exclaimed, “Yes! IN YOUR FACE, NORWAY!” Words truly that I never thought to hear from anyone. Yet, I laughed really hard and was in full agreement with the sentiment.

So when they brought home their report cards and were competing over who had the best report card, (Oh, yeah! I am the best in Self-Regulation!) I know that I may be reaping some sort of hurricane down the road, but I couldn’t help but being pleased.

Believe it or not I was not expecting to see this when I clicked on ACTRA’s site but gives me a thrill anyway. Note the second entry:

ACTRA Toronto > Performers > What’s Shooting?
If you are working on one of the productions listed here and have questions about the working conditions or other issues covered by an ACTRA agreement, please contact that production’s Steward (email address on the far right of the table). If you have questions about AoS (Accident on Set) please email  Tania Cardwell.

FROM THE SPAM FILES:

“Christopher, does your desk look like Richard Branson’s? See where the top 50 Influencers Work.”

Hmm. Here’s a guess – no. No, my desk doesn’t look like a billionaire’s. It, in fact, looks a lot like my dining room table. But now I see where my lack of success lies – it’s in not having the right desk. Seriously, LinkedIn, piss off.

Low Expectations, Bad Parenting and Ruining Kraft Dinner. This post has them all.

Pop Culture is a humourous blog about being a modern dad. It also appears as a regular column in Village Living Magazine.

Check out the newest posting on Pop Culture, my humourous blog on being a modern dad: Pop Culture: Play To Win.

In this entry I muse about crushing the dreams of small children, Mr. Spock and Charlie Brown.

I’m pleased to announce that JUICE Mobile took home the award for Most Promising Digital company at the 2012 Digi Awards last night. I worked on the application and so am really pleased to see that I was able to showcase the qualities for which JUICE has been rewarded.

Also the good looking guy above is not only the Founder and CEO, he is also my brother, Neil Sweeney.